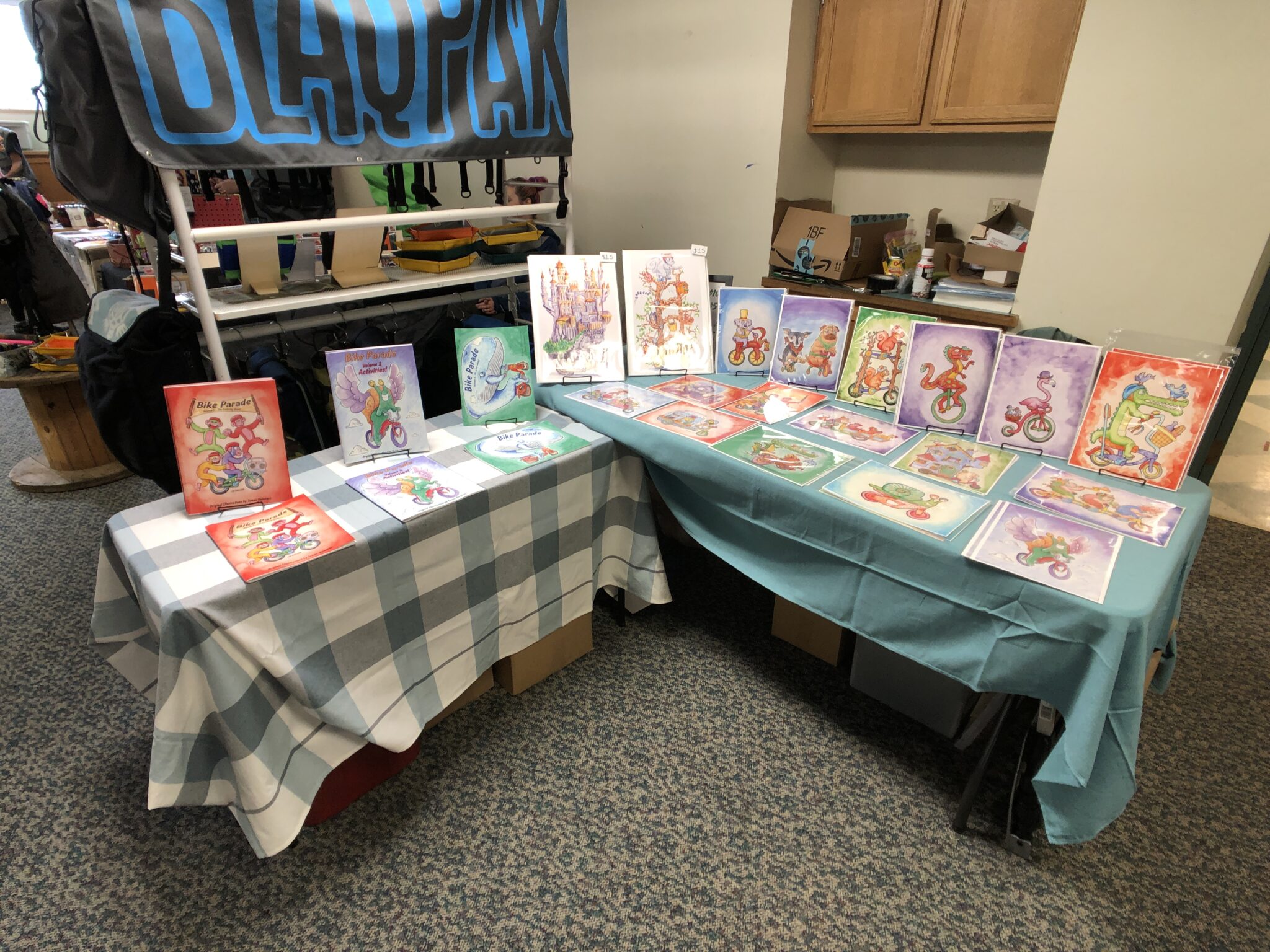 Another BikeCraft in the bag! Thank you everyone that stopped by my table for a chat, bought some coloring books or prints. It’s been really great to get feedback from so many people in and out of the bicycling community. It really makes me want to hit up other shows and keep producing more work.

Having the event at TaborSpace was far more condusive to a craft show than last year’s show at Bike Farm which isn’t really an event venue at all. There was more foot traffic this year despite weather, hill climb, and being in the basement.

Thanks to the organizors at Microcosm for putting it all together, making sure there was food on-site, and that we vendors had plenty of space.

I had set up a 6-foot table and a 4-foot table to showcase my 3 coloring books and a bunch of prints.

I was quite proud of the two new prints that debued at BikeCraft. My largest watercolor works to date. The Tortoise Castle and Squirrel on the Extra Tall Bike. They were both drawn in 2012, but only painted in the last month. I sold a few prints, but wonder if the size makes it prohibative to mail or transport by bike.

Some of the usual vendors were there like Shawn Granton of the Urban Adventure League:

But it was nice to see some hat vendors again, last year there were none! So Double Darn was there with her wares. I even bought one of her rad hats!

Overall, it was an OK show. I didn’t walk away with a bunch of stuff again but I will be going to Black Star Bags in a few weeks for a sweet custom backpack. I’ll share it as soon as I have it!

Will I go back next year? Well, to be honest, the numbers don’t work out. I’ve lost money the last two years as I had to pay for the table space, pay for prints, and get a new Square reader. So at this point, I’ll focus on making more content that isn’t necessarily bike-themed and try to get out to more shows to expand my audience beyond local Portland cyclists.

What do you think? Where you at BikeCraft? Do you have any other shows I should consider for my illustrations?
-Tomas